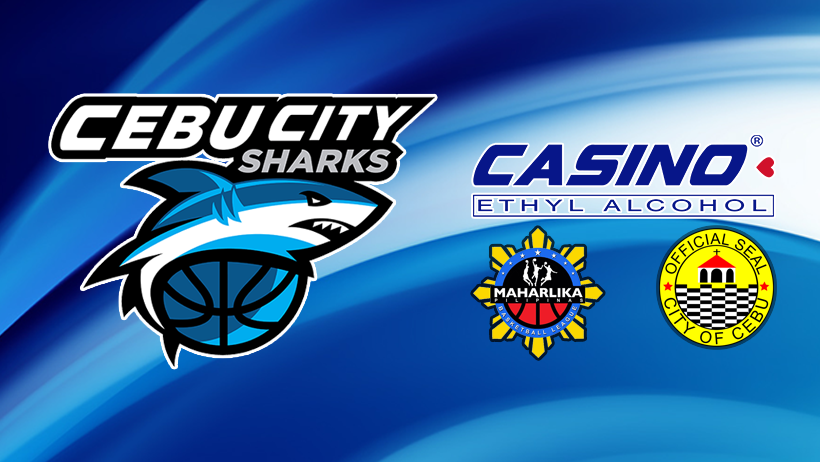 Rightfully named after one of the planet’s most aggressive and agile predators, the all-Filipino team, Casino Ethyl Alcohol Cebu City Sharks enter this season’s Maharlika Pilipinas Basketball League with determination and excitement. Proving that they are befitting of the team name they bear, the players aim to steer in the courts with fierceness and strength, exactly the way a fighter shark would do. The Casino Cebu City Sharks’ name is an easy reminder that they will be predators on the court once the games begin.

With the goal of not just reigning on the courts but also to showcase their team spirit and love for the game, the Casino Ethyl Alcohol Cebu City Sharks is definitely a team to look out for. It has proven itself in history since International Pharmaceuticals, Inc. (IPI) began to join the sport in 1979 bannering its products as undefeatable team names. It has even produced players in the top ranks of Maharlika Pilipinas Basketball League (MPBL). And now, IPI has once again seen the huge potential of the Cebu City Sharks to wave Casino Ethyl Alcohol’s banner to victory.

Among those panelists who will be present during the press launching is Cebu City Councilor and Sports Commissioner, Mr. Jerry Guardo; the Vice President  and Chief Operating Officer of IPI, Mr. Dennis Wong; the Brand Manager of Casino Ethyl Alcohol, Ms. Sherry Ann Sontillano; the Assistant Commissioner of the Maharlika Pilipinas Basketball League, Satar Makantal; the Operations Head of the Maharlika Pilipinas Basketball League, Rizaldo Realubit; the Casino Cebu City Sharks’ Head Coach, Gilbert Castillo; and the Casino Cebu City Sharks’ Team Consultants, Jesus Yuson and Titing Manalili. The Team Manager, Mark Castillo, will be giving the audience a warm welcome.
Cocktails and tokens will also be served and given to the guests and media to cap off the successful press launch of the Casino Cebu City Sharks. The team is also open for Pros, but will only accept five. A Filipino-American can also join as long as he has studied in the Philippines, and is 6.4” and above of height.

Keep posted  and continuously root for the team as they not only showcase their team spirit but also the love for a clean game, good sports, and good health.